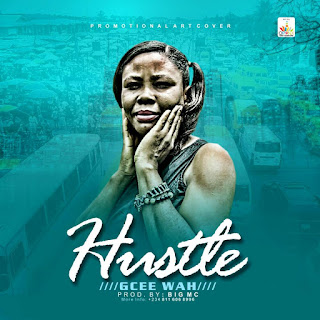 “Gcee wah” is a Nigerian Singer and songwriter, and she debuts with her hit single titled “Hustle”

“Hustle” talks about the harsh reality of life, what individual’s ve to endure in other to get rich and famous, download and share…
Read more »
Posted by naijagrip at 22:59 No comments:

Ezenagu chinonso aka OMALICHA ECO is a 19 year old from anambra state base in Lagos, a good Afropop singer, specialized in singing love songs. Here is a brand new single from him featuring Emason titled Sample..you would surely love listening to this joint.Download,Listen and share

Posted by OnlinePromoLord at 11:10 No comments:

After dropping a freestyle,Teeboynoni is yet back again with another groovy tune titled Play Me.You are surely going to keep playing this from start to finish multiple times.Hit the download button and dont forget to share.

Posted by OnlinePromoLord at 09:55 No comments:

Email ThisBlogThis!Share to TwitterShare to FacebookShare to Pinterest
Labels: Play Me, TeeboyNoni 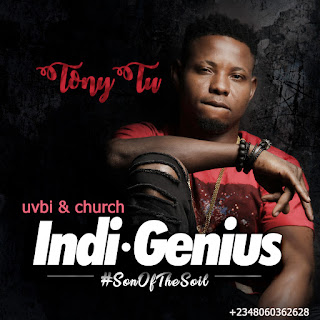 His lyrical delivery is superb and laced with powerful rhythm and deep philosophical thoughts covering such theme as corruption, love, and mortality etc with his Afro hip Hop inflected tune and tough lyrics.

After dropping #uwa multi talented Artiste Akwatik drops a new single titled Treat Others Produced by Award winning producer BeatMoney in lagos.Mix and mastered by CrisAce this song is set to take over the airwaves in no time.Hit the download button below and don't forget to share.

Posted by OnlinePromoLord at 09:22 No comments:

Email ThisBlogThis!Share to TwitterShare to FacebookShare to Pinterest
Labels: Akwatik, Treat others

Ethel Nwobo (nee Uzowulu) is a Christian worship leader for over 20 years in Nigeria and abroad,
A songwriter inspired from the  place of personal relationship and experience with God.
Her passion is worship to God and leading people to a place of intimate praise and worship.
Listen, download and share the wonderful experience from her new songs.
#All For You
#Praise HIM
#KingBennyOnDaBeat
Connect on IG @vikkiuzo @melplaceng Twiter @ethelnwo11

Posted by OnlinePromoLord at 07:17 No comments:

Email ThisBlogThis!Share to TwitterShare to FacebookShare to Pinterest
Labels: &, All For You, Ethel Nwobo, Praise Him

From the stable of hanny house entertainment present Singing duo, Cquenz 'Enyim' video explosion, Sequel to the release of their banger debut single entitled 'Enyim', Spanish-born Nigerian music duo, Cquenz release the official video for the single enyim ,which has garnered impressive reviews since its release.
The duo Destiny Johnson and Sylvester Okoh, made a debut into the Nigeria music scene in 2016 with the danceable tune and blazing hit song, 'Enyim' featuring 'Ashi Master' Xten Baba and produced by hit-maker Chibyske.the 20-year-old singers and songwriters who are based in Equitorial Guinea, have confirmed that their greatest influence is Psquare.
The stunning visuals are certainly a step in the right direction for the fast rising artistes. According to Cquenz, the video directed by Kelvin Richman is sure to be an award winning one as it has a classic banging beach-house, club-side feel to it. “We believe this video has what it takes to make it in the international market'.Watch it below and share your thoughts...
DOWNLOAD VIDEO
[youtube https://www.youtube.com/watch?v=pWdJrJMr2vY] Posted by OnlinePromoLord at 17:43 No comments:

X man is back with this banger , titled 'gbegba' this is a song that will make you dance and forget your worries, download and share...
Download MP3