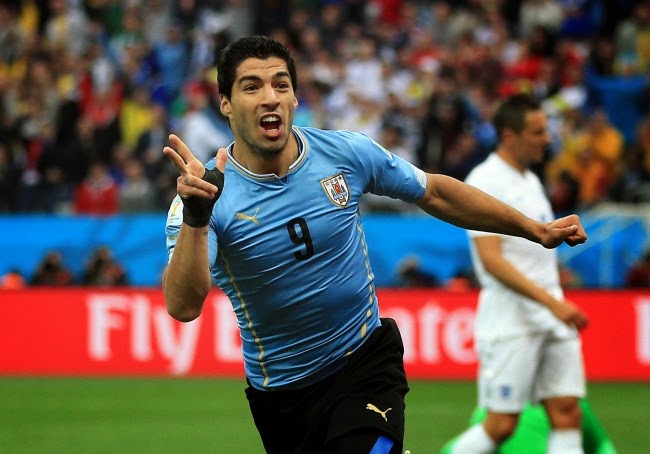 After his world cup show off that put England on the brink of being eliminated from the 2014 World cup currently holding in Brazil, England fans want Luis Suarez deported.

The Liverpool FC striker, Luis Suarez, scored twice to give Uruguay a crucial victory in Group D, before telling the media afterwards that it was revenge for the shabby treatment he’s received in England.
And after the match, die-hard supporters demanded that Suarez be permanently deported when he returns to Blighty after the World Cup.

Source: Talkofnaija
Posted by naijagrip at 08:43