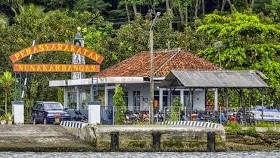 According to an Indonesian foreign Affairs official, the convicted foreigners will be taken to Nusakambangan, the prison island off Java where they are to be executed for drug related offenses.


Those to be executed also include 2 Australians,one Philippine, one Brazilian and one Indonesian.

Australian and Nigerian government have been clamoring for clemency for the drug offendersbut their plea appears to have fallen on deaf ears as the Indonesian government has finalized plans to execute the drug traffickers.

It is a law in Indonesia that anyone caught with banned drugs will be executed, foreigners &nationals.