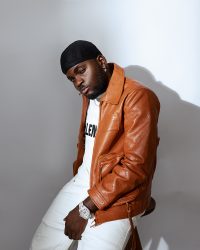 Evans Ambakederemo, professionally known as Evih, has entered the very vibrant Afrobeats/Afro Pop space with a fresh, new Afro-Cruise vibe that is rapidly increasing his global fan base.  Evih's record label, Tycoon Entertainment, has now partnered with UK-based record label, Runabeat Music, to open up his sound to a larger global audience. The very talented songwriter and musician from Delta State, Nigeria, has now relocated to the UK, where in his first week of arrival, he has collaborated with international talents such as Ghana's Guiltybeatz, Jamaica's 10Tik, UK-based producer, AJ Production and Nigeria's Wande Coal.  In his recent welcome reception at Runabeat Music's London office, Evih spoke to PR Consultant and media personality, Adesope Olajide ('Shopsy') about his new song, 'Shokor', due to be released on 17 December 2021: 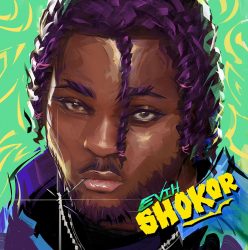 "'Shokor' is a very sweet love song.  It is about me making moves towards a girl I desire to give me her love.  Every guy and girl will understand this lol. The beat by Linobeats is on a wave that carries my lyrics along. This is the cruise I seek in all of my songs and the way the punchlines (known as 'Lamba') communicate the message, well that's the 'Afro-Cruise' we are talking about.  I'm just so happy and thankful for the opportunities that have opened up for me through music.  I thank everyone that has believed in me to get me to where I am right now. Blessings are just flowing and I'm feeling real good about the up-coming release of 'Shokor'."

Email ThisBlogThis!Share to TwitterShare to FacebookShare to Pinterest
Labels: music