Morocco Appeals against ban placed on the country by CAF 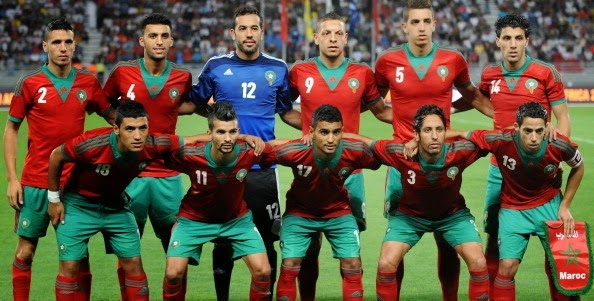 Morocco football authorities decided to appeal the sanctions placed against them by the
Confederation of African Football (CAF) following the country’s decision to withdraw from hosting the 2015 edition of AFCON.
The Royal Moroccan Football Federation (FMRF) had announced in November 2014 that they will not be hosting the tournament due to fears that the rampaging Ebola could break out in the country if it opens its borders to visitors from across Africa.
With the tournament later held in Equatorial Guinea, based on the North African country’s withdrawal from hosting the tournament, CAF placed a ban on Morocco for the next two editions of the Africa Nations Cup and ordered the country to pay compensation amounting to almost £7m in additions.
A statement from the Court of Arbitration for Sport confirmed the registration of an appeal by Morocco over the sanction by CAF: ‘The Court of Arbitration for Sport (CAS) has registered an appeal filed by the Royal Moroccan Football Federation against the sanctions which were imposed on it by the African Football Confederation (CAF) following the decision of the FRMF not to organise the 2015 edition of the African Cup of Nations due to the Ebola virus epidemic.’...
Source: Thenet
Posted by naijagrip at 07:55