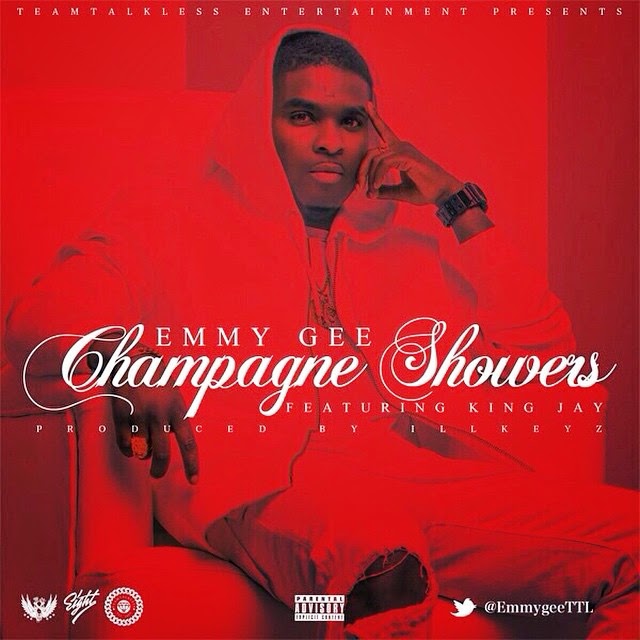 After a successful 2014 with the monster hit “Rands And Naira” Emmy Gee is not relenting as he
gives us yet another hit single “Champagne Shower” which features King Jay. Produced by IllKeyz.

“Champagne Shower” is my best record from Emmy Gee so far , the beat was murdered and the hook keeps igniting a replay . Listen and share your thoughts.