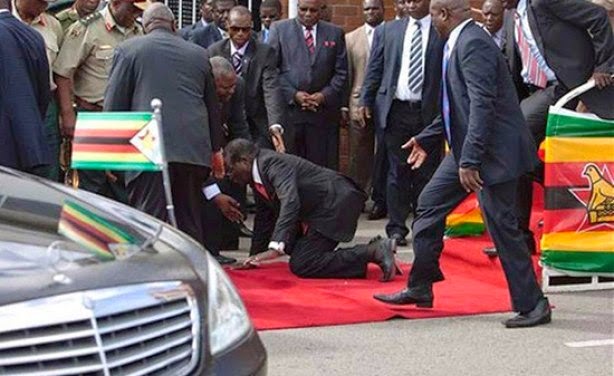 ZANU PF’s propaganda machinery was at pains Wednesday to manage President Robert Mugabe’s fall at the
Harare International Airport with the octogenarian leader’s security detail ordering journalists to delete images of the incident. 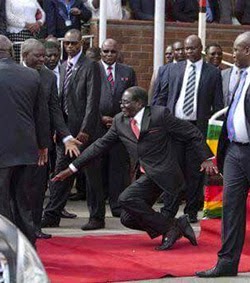 Mugabe, 91 this month, tumbled down a staircase as he walked off a podium after addressing hundreds of supporters.
He had just returned from Ethiopia where he took over the rotating chairmanship of the African Union.
Presidential spokesperson George Charamba refused to comment saying the incident had nothing to do with the media. 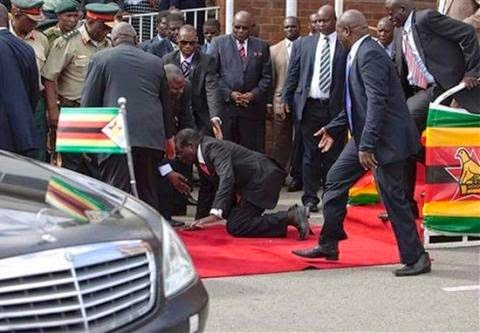