Police Officer SLUMPS In Anambra Over Transfer To Borno 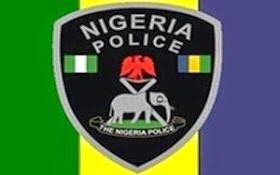 An Assistant Superintendent of Police (ASP) attached to the Central Police Station, Nnewi in

the Anambra State Police Command, yesterday reportedly
slumped following a directive from the Office of the Inspector
General of Police (IG) posting him to Maiduguri, the capital of
Borno State which is the epicentre of Boko Haram.
The officer, who is of South-east extraction, and reports said
had less than a year left to retire from the service was among
the 149 officers affected by the postings to different parts of the
country.
The officer, however, was said to have been revived by doctors
and other medical personnel at a private hospital in Nnewi
where he was rushed to after he slumped.
According to the signal from the AIG, obtained by THISDAY, the
affected officers were supposed to have reported to their new
command on June 9, 2014.
Posted by naijagrip at 08:35