OMG! Man Found Dead Inside A Well In Lagos 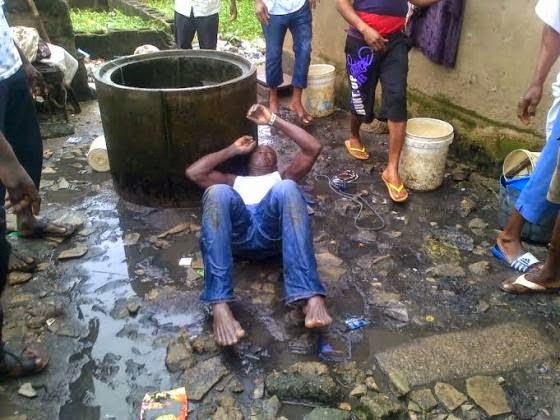 man was found dead head down inside a well (pictured above) with his slippers beside the well in a
house at Akanyn street, Shibiri Rd, Ilemba in Ojo, Ajangbadi, Lagos.
Many residents of the house had fetched water from the well and even made use of the water before someone discovered there was a corpse inside it. When he was eventually pulled from the well, he was recognized as someone who lived around..a carpenter whose wife recently left him. Some people claimed to have seen him the previous day, very drunk. No one knew how he fell into the well. 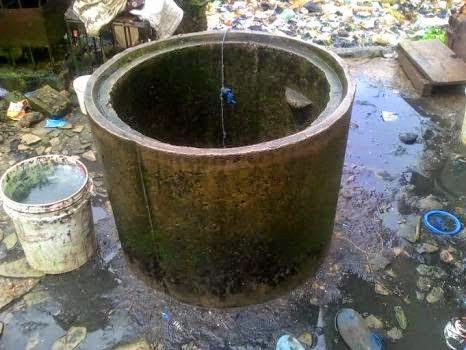 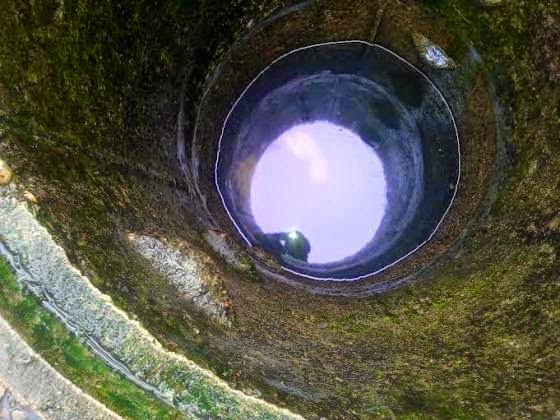