“The governor, in his act of impunity, has refused us the use of that place." PDP Blast Gov Rotimi Amaechi 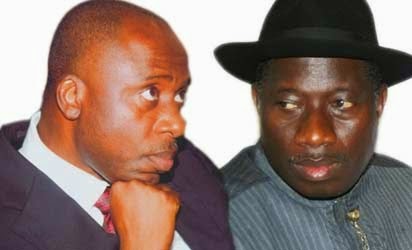 According to Thisday , PDP had written to the state government seeking permission to use the stadium for its presidential campaign but in its response,
the government said the party could not use it as it was under construction, a position faulted by the PDP.

According to PDP, the APC had used that same stadium twice recently. Speaking on the matter, the state Chairman of PDP, Felix Obuah, said the stadium was built with Tax payers money and so should be available for use to everyone.

"The facilities of Rivers State are owned by all of us; all tax-paying people. The Adokiye Amiesiemaka Stadium belongs to Rivers people; Rivers State money was used to build it. It was not meant for the Buhari campaign manager; it is not his personal property.They used it for their own rally and their own celebrations. We have applied to use the place for our rally, come 28th of this month. But the governor, in his act of impunity, has refused us the use of that place.".

The Chairman warned that if the decision of Governor Amaechi is not rescinded, they would use the stadium with or without any approval.
Posted by naijagrip at 20:26