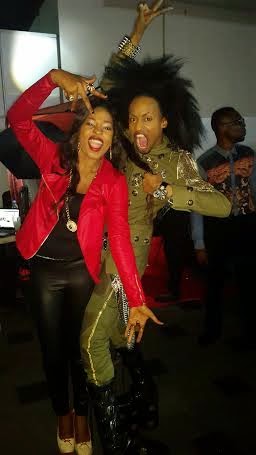 A lot has been said about the relationship and love life of
Popular Channel O Vj Denrele Edun, but all that will come to restnow as hislong time girlfriend finally gave herself out on Valentines
day whenshe posted a picture of both with a message on instagram. 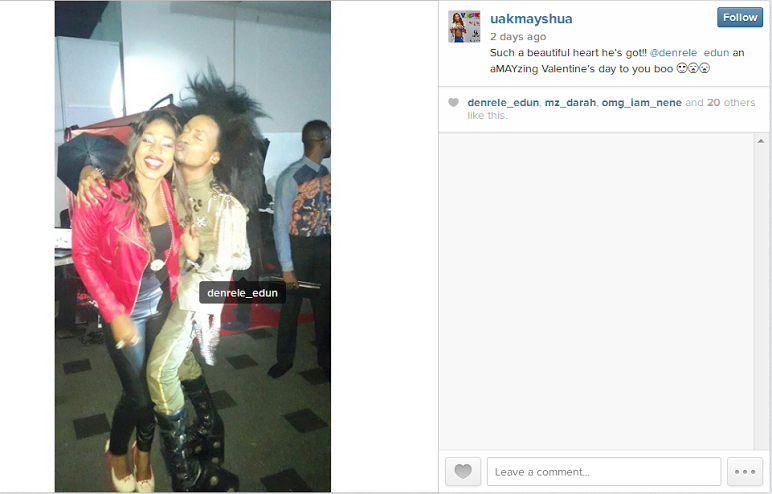 Investigation reveals that the love birds have been dating for 2 yearsand they met during her final year in University.May Shua who is a female hiphop sensational rap artiste hails from Edostate and she is a graduate of Lead City University with a Bsc inAccounting.May Shua on Valentines day sent him an Instagram message and one ofher tweets on twitter the next day reads ' Nobodyunderstands you better than me, DE' 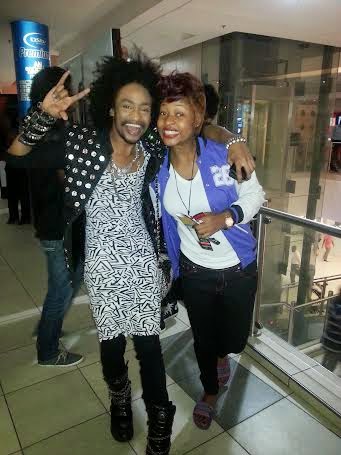 Further investigations revealed that, Denrele is the brain behind May Shua's recent collaboration with Oritsefemi on the song 'Yeghe'. He has also been linking her with shows and other top media platforms.
In fact, he hosted a private party with few friends to celebrate her birthday last year. 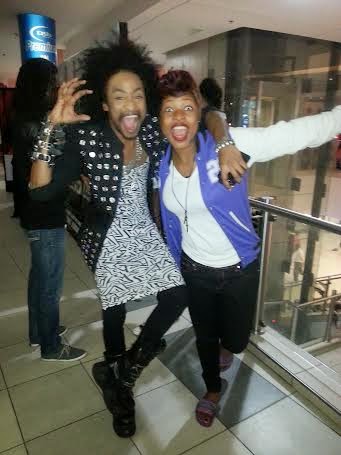 Close source also revealed that, whenever Denrele is in Lagos, he must pay May Shua a visit at her family house in Ajah. Though Denrele shows much interest and commitment, he doesn't want to come out public. He believes the media won't help matters because of the too many questions surrounding
his relationship life.. 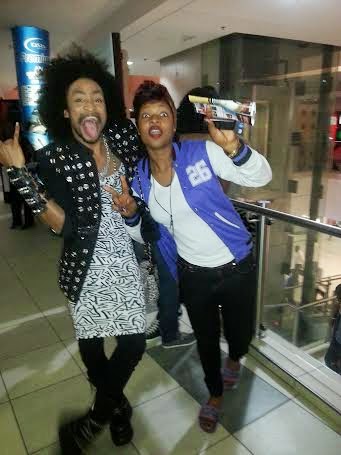