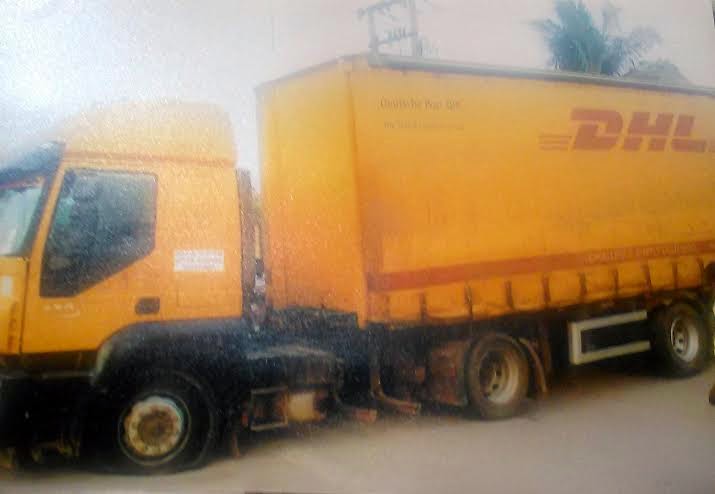 Stanley was a final year student of Lasu who standing at his lane when the truck hit him. The driver was going to get away with it but Lasu students stopped him and secured the truck. Stanleys, brother John rush down to the scene and took pictures. The students where going to burn the truck but John put a stop to that. The family contacted DHL and they denied the truck was theirs.
Stanley's body after he was hit... 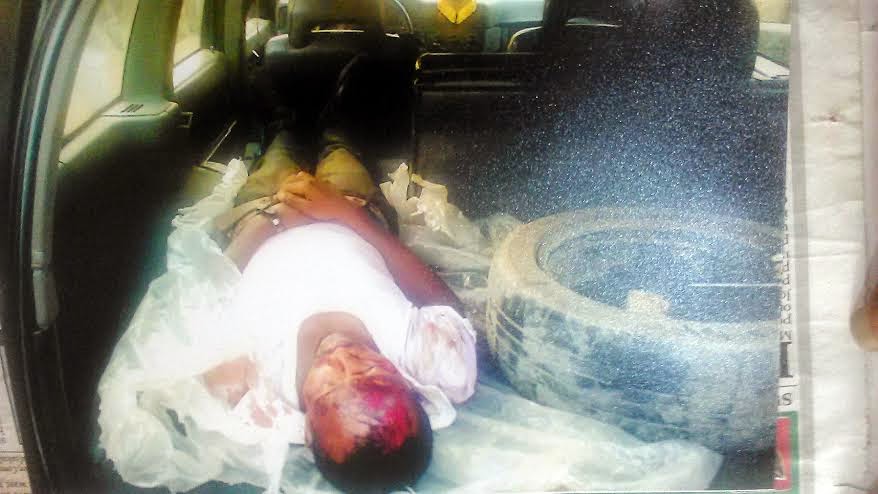 Letter from their lawyer to DHL 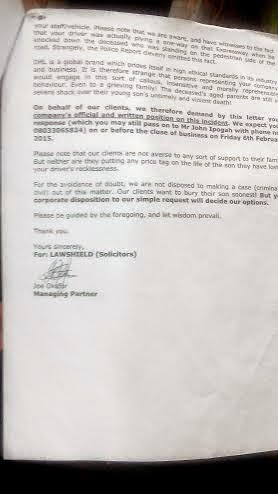 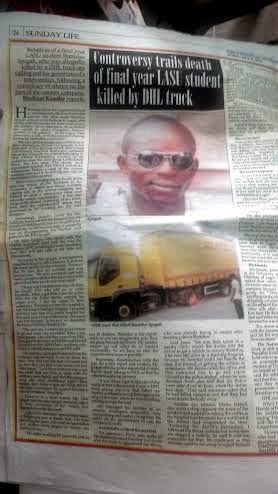