9-Yr Old Raped To Death by Guard In Enugu 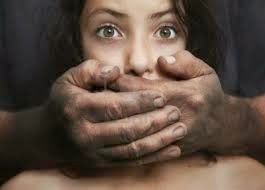 The Enugu State Police Command has arrested a 22-year-old security guard, identified as Gideon Musa,
for raping a nine-year-old girl to death in the state capital.
According to reports, the suspect, who is a guard near the victim’s house, took the teenager to a nearby bush and raped her to death.
However, father of the deceased, Mr. Edwin Ode Ominiyi of Umuchigbo, a community in Abakpa Enugu East council area, was said to have reported the disappearance of her daughter to the police.
Confirming the incident on Wednesday, the state Police Public Relations Officer, PPRO,  Ebere Amaraizu, said the victim, according to her father, suddenly disappeared at about 1 pm, which resulted to a search and subsequent report  at the police station.
Following the report, Amaraizu said the policemen swung into action, spreading their tentacles within the arena and environs.
According  to Amaraizu, “a search was, however, intensified by the father assisted by the suspect. During the search, the suspect pretended to be assisting until the policemen were informed that he was the last to be seen with the victim.
“Following this revelation, Musa, popularly known as Aboki Mai-guard, was invited and questioned by the police. He then confessed that he took the victim to a nearby bush where he had carnal knowledge of her until she became unconscious and fainted.
“He further revealed that when the victim fainted, he had to run out from the bush. When he took the operatives to the place, the lifeless body of little Endurance was seen lying naked with blood gushing out from her private part.”

Source: vanguard
Posted by naijagrip at 09:53