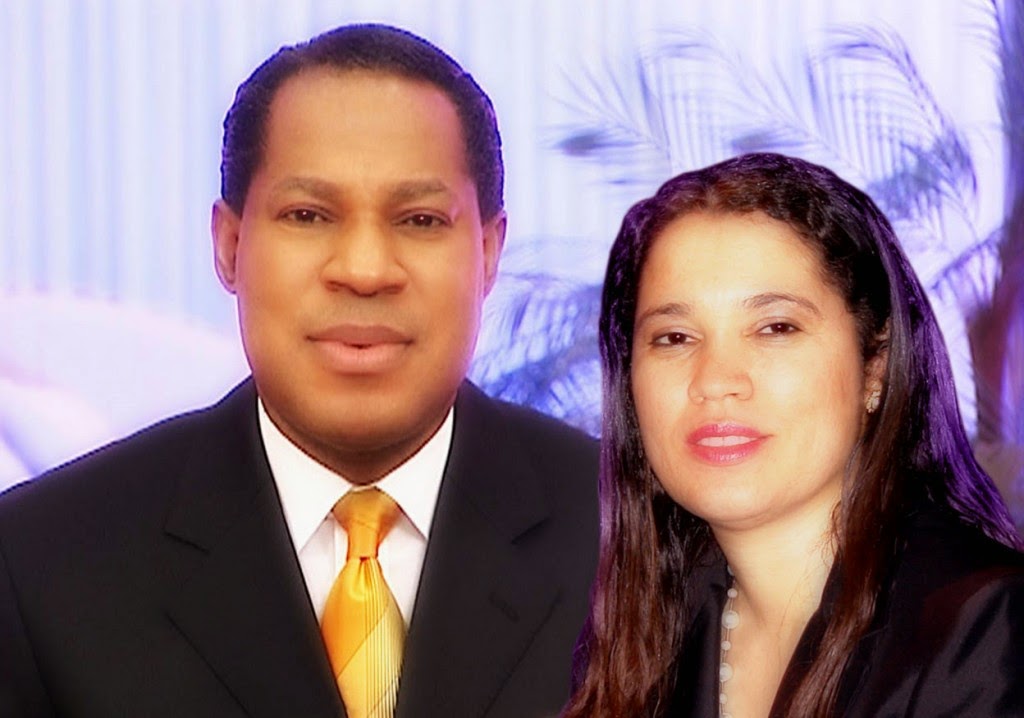 According to The Cable ,
The wife is seeking divorce on the grounds of
“unreasonable behaviour” and “adultery”.
She outlined
several allegations against the pastor which cannot
publish for legal reasons. The divorce case, with Suit No
FD14D01650, was filed on April 9, 2014 at Divorce
Section A, Central Family Court, First Avenue House, High
Holborn, London, UK, on Anita’s behalf by Attwaters
Jameson Hill Solicitors, a full-service law firm with
expertise in commercial law and a strong consumer focus
in family, wills and estate, personal injury law and
medical negligence.
Efforts to reconcile the popular couple, whose church is
one of the biggest denominations in Nigeria and has
branches all over world, have failed. They have two
teenage daughters, Sharon and Charlyn." Continue...
Oyakhilome is the president of Believers’ Love World Inc,
the registered name of the Christian ministry, while his
wife is the vice-president. The pastor, according to an
elder of the church, has denied allegations of adultery and
believes his wife is being influenced by “bad friends” who
are intent on destroying their home. While Anita believes
she has been relegated in the scheme of things in the
church, her husband has reportedly accused her of trying
to usurp power and authority above her seniors in the
ministry. Sources told TheCable that the pastor had been
making efforts to avoid divorce in the hope that the wife
would eventually have a change of mind. However, the
decree nissi was served on the charismatic pastor in his
hotel room during a recent visit to the UK. Decree nissi, in
legal terms, is like a yellow card in a football match which
is a precursor to a red card (“decree absolute”) if no new
evidence is provided to stall proceedings. Church insiders
said Oyakhilome had been hoping for rapprochement, but
he was left with no option than to receive the papers when
the lawyers cornered him at his hotel in London. The
decree absolute, which will effectively end the marriage,
is expected to be issued soon while terms of the divorce
will be worked out by the lawyers on both sides.

Source :Thecable
Posted by naijagrip at 14:00